Bookstore Tiedekirja is a selling venue for the Finnish learned societies maintained by The Federation of Finnish Learned Societies. Bookstore Tiedekirja distributes publications and other products issued by the member societies as well as the Federation’s own publications and items. The bookstore offers an extensive selection of scholarly books and research literature.

Annually three Catalogues will be published

Bookstore Tiedekirja publishes annually three book catalogues. Twice a year in domestic languages (Finnish and Swedish) and once a year in various languages, for example in German, Spain and English.

The latest Scholarly Books from Finland has been issued

The latest Scholarly Books from Finland has been issued. Explore the international catalogue of Bookstore Tiedekirja here.

Annually, some 250 new book titles and tens of journal volumes, published by more than a hundred Finnish learned societies, come up for sale at Bookstore Tiedekirja. Featuring various languages, the publications include titles meant for international academic readership as well as popular science books, essays and field guides. 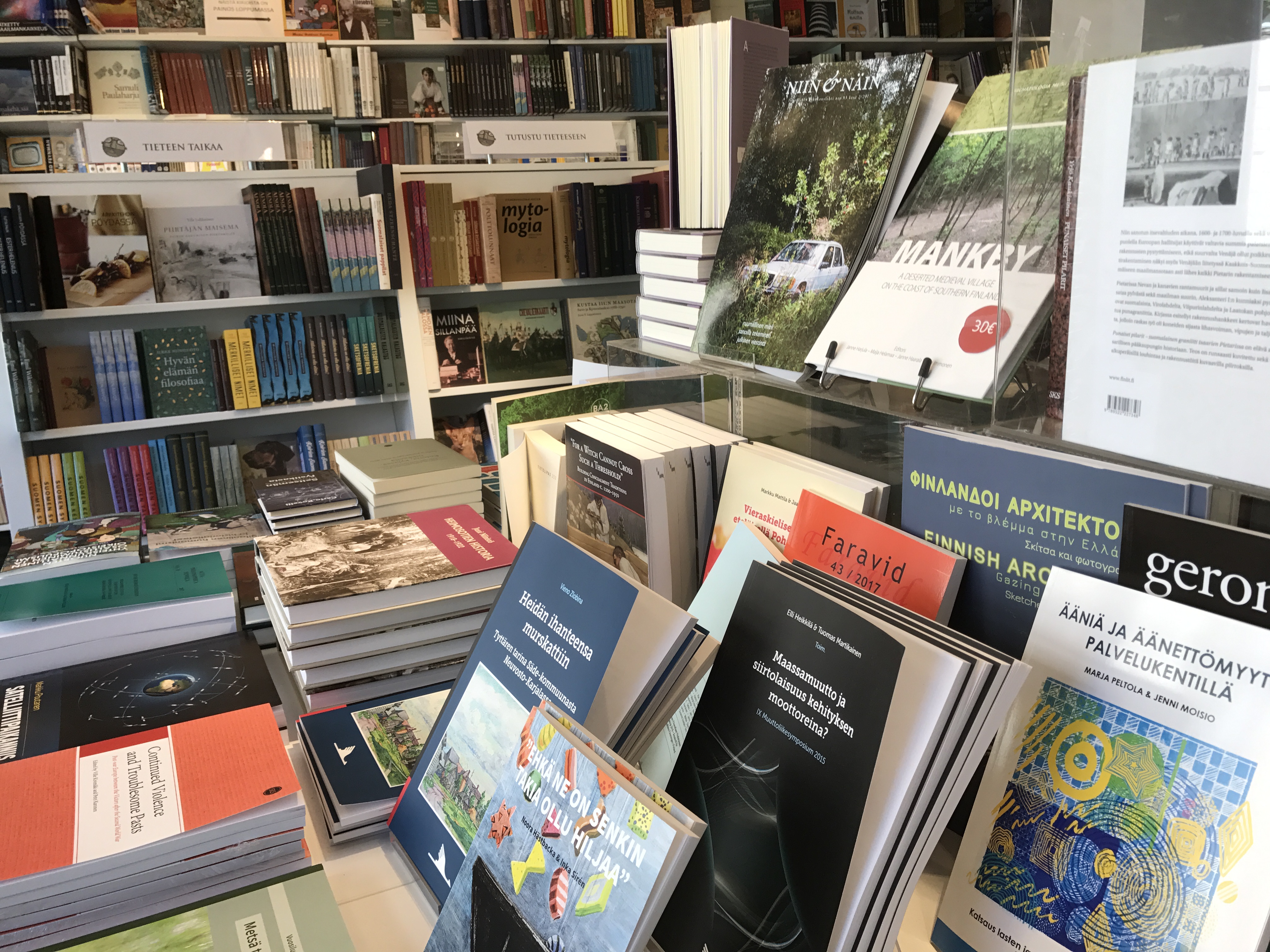